No more tears the YourShare Baby Bonus is here

Are you still shedding tears over the abolition of the Baby Bonus? The federal government will no longer be acting as stork to growing families in Australia and as a result expectant parents are left crying over spilt milk. 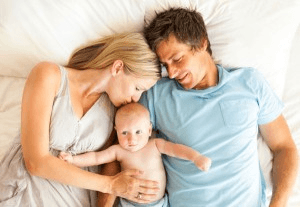 As announced in Wayne Swan’s budget, the $5000 Baby Bonus will be scrapped on March 1, 2014 to help get the budget back on track. It will be replaced with payments of $2000 for the first child and $1000 for other children. These payments will be means-tested, available only to families who qualify for Family Tax Benefit Part A. Families will receive an initial payment

In a controversial twist the Coalition leadership team revealed Labor’s pared-down Baby Bonus would be completely axed by an Abbott government under a plan to wind back the budget deficit and maintain carbon tax compensation without the carbon tax. Mr Hockey confirmed the Coalition, which introduced the Baby Bonus a decade ago, would no longer offer a basic family payment for parents of newborns.of $500, and the rest will be paid in seven fortnightly instalments. Under the new scheme couples earning more than $101, 000 will not be eligible.

Looking back, one might recall why the baby bonus was introduced in the first instance. Peter Costello used the bonus as an incentive to encourage Australian families to increase the population whilst the government eased the financial burden on having a growing family. The phrase by the then Treasurer was, “one for mum, one for dad and one for the country.” When the bonus first came into action on July 1, 2004, Australian labour wards experienced their busiest Thursday in three decades. A record 1005 babies born on July 1, compared with 500 the day before, one of the quietest Wednesdays on record.

Not to fear YourShare can assist in providing you with a yearly Cash-back to help ease the burden of the Baby Bonus blow and the budget itself. Why not replace what you would have received from the Baby Bonus with a yearly Cash-back from YourShare, yes that’s right, yearly. The government may not be dishing out the dollars but YourShare can get you back what’s yours. A typical Australian family can get a Cash-back of $1872 not once but every year (source here).

YourShare is a Cash-back service provider that can help millions of Australians get back their share of fees and commissions they are unwittingly paying to financial institutions from a large range of financial products. These include but are not limited to managed funds, superannuation, allocated pensions, master trusts, wrap accounts, home insurance, car insurance, mortgage, life insurance, health insurance and more.

So why not join the growing number of smart Australians who are registering with YourShare today and give the bun in your oven a blossoming beginning!