Compulsory Third Party (CTP) insurance in New South Wales is now more expensive than ever as premium prices skyrocket. As recently reported in The Daily Telegraph there has been a huge $300m profit for CTP insurers in NSW. Due to a recent price rise, motorists are now paying almost 70 per cent more for their green slips than they were five years ago – making NSW the most expensive state for CTP cover.

NSW Finance Minister, Greg Pearce approved the rise in February this year, however, this month he attempted to withdraw the legislation. Insurance companies have threatened to abolish CTP insurance if the government does not approve their scheme.

“The reality is that administration costs, the legal costs, the dispute costs are running away in this scheme and that’s why they’ve got to increase the premiums,” Mr Pearce said.

Under pressure from CTP insurers, Mr Pearce has decided that moving forward the government would attempt to stop future price rises and look at amending the law in order to limit damages from car accidents. 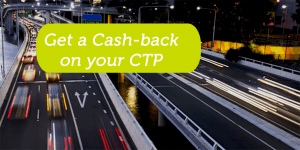 “Motorists in NSW pay up to $260 more for CTP insurance than those in some other states,” Mr Pearce said in January this year to the Sydney Morning Herald.

“What we need is a scheme that compensates the injured and keeps the cost of premiums low. The current scheme is inefficient – less than 50 cents of every dollar paid in premiums actually goes to those who are injured,” Mr Pearce said.

Opposition finance spokesman, Michael Daley is disgruntled over the issue and demands answers as to why companies were allowed to increase prices if the government intended to decrease premiums.

“Latest price estimates show people in NSW are paying on average $518 for green slips, which adds up to 37 per cent of the average weekly wage, “ said Mr Daley.

The Insurance Council of Australia commented on the increase saying it was due to circumstantial factors from the outside market and was out of their control.

The question is who’s looking out for motorists? YourShare can offer those living in New South Wales a free quote on CTP so you can ensure you’re receiving the cheapest premium for your needs along with a Cash-back. CTP is one of the most important forms of insurances you can have as a driver on NSW’s roads so phone our member services team or calculate your Cash-back online, today!